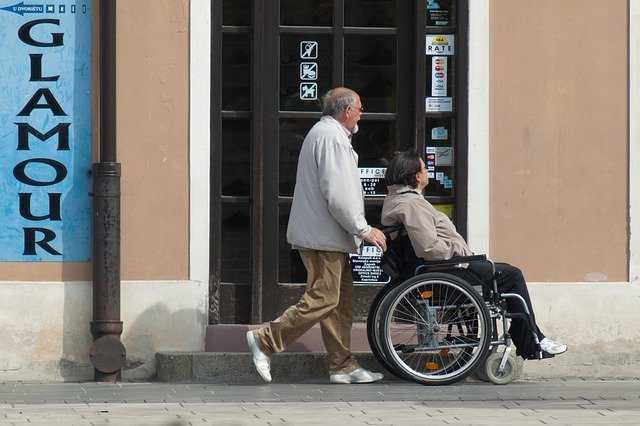 By Asun Pié Balaguer, researcher of the IN3’s CareNet group.

According to the European Parliament’s Report (2004) on the situation of women from minority groups in the European Union, almost 80% of women with disabilities are the victims of violence. In addition, they are four times more likely to be the victims of sexual violence than other women. Just like violence against women without disabilities comes mostly from their current or former partners, women with disabilities—68% of whom live in institutions—are exposed to violence from the people in their environment, whether they are healthcare staff, service providers or carers.

In relation to this, the difficulties encountered by women with disabilities are clearly shown in more recent reports of the United Nations (UN, 2018): difficulties accessing adequate housing of their own as well as health services, education and vocational training, finding work, etc. The report also shows contractual inequalities and inequalities in the conditions of access to the job market and remuneration, as well as particular obstacles to decision-making in many important areas of life (United Nations, 2018).

Although these issues also affect other groups, they are compounded in the case of women with disabilities, because they end up hidden behind many of the inequalities they face, leading to multiple situations of violence and abuse (World Health Organization, 2011).

Normalization of violence against women with disabilities

The invisibility and normalization of violence against women with disabilities can be explained by two main reasons: the age-old tendency to confuse acts of violence with legitimate forms of treating or dealing with women with disabilities and the common tendency to discredit their testimony due to their disability. In other words, the tendency “not to believe” them, particularly in the case of women who need help to communicate and those under psychiatric treatment.

Furthermore, it is also worth noting that the reinforced image of asexuality, passivity and dependence makes it difficult for women with disabilities to assert themselves and leaves them more easily exposed to situations of violence.

Even today, the issue of gender is still a blind spot in studies about disability, just like disability is a blind spot in today’s dominant feminist thinking. Women with disabilities are excluded from what the collective imagination deems to be included in the category of women. Such exclusion actively increases the invisibility of these women’s specific reality, causing relatively few people in the decision-making hierarchy to take into account the role played by gender in their greater exposure to situations of violence. In spite of this, many studies show that women with disabilities are subject to high rates of violence, and for longer periods than other women (Copel 2006, Smith 2008, Nixon 2009, Ortiz-Barreda et al. 2011).

However, it is worth noting that it is not so much about adding the “women” category to the “disability” category but more about understanding that the combination of these two factors—being a woman and having disabilities—results in a much higher risk of being the victim of violence because it is not just a subset of gender-based violence but a larger intersectional category.

A research project analysing the causes of discrimination

These are the reasons behind the promotion of the research project “Diagnosis of specific needs for addressing gender-based violence in women with disabilities and proposals for action” (2020). The main focus of the research, which is funded by the Government of Catalonia’s Institut Català de les Dones (Catalan Women’s Institute), has been to analyse the structural causes at various levels that contribute to discrimination and gender-based violence against women with disabilities.

The research focused not just on women as the people reporting the violence but also on their active participation throughout the research process and on their control over the social relationships of research output. The project is thus encompassed within what is known as Emancipatory Disability Research, a model that follows the criticisms made by feminist theory of positivist and post-positivist models based on their inability to improve the quality of life of the people it claims to study.

The main aim of this project was to work on the identification of the structural needs that determine these women’s lives, based on their experience of discrimination, and trying to share its components. The second aim of the project was to facilitate the identification of gender-based violence situations and draw up a set of proposals for action to address them in order to provide guidance for the design of any social policies that may be involved.

Low degree of participation by and of women with disabilities

Starting by considering the structural and multidimensional nature of gender-based violence, it is worth noting that this refers not only to violence within couples but also includes violence in other spheres such as work, social, community and institutional contexts. This has resulted in the examination of violence specifically in six areas: work and employment; health; education; justice; social services; and social, emotional and sexual life.

In order to deal with all forms of violence, including those that have become naturalized, structural and part of everyday life, one must bear in mind that some of the factors that contribute to its continued existence permeate all the areas mentioned above and converge in a clear low degree of participation and representation by and of women with disabilities.

This lack of participation in public and political life shows that “groups unequal in power are correspondingly unequal in their ability to make their standpoint known to both themselves and others” (Hill Collins, 1990:26). There is also emerging evidence that many women with disabilities are alarmingly devoid of a social network and that this isolation and their difficulties accessing settings for socializing hinder the detection of violence.

In summary, the current situation requires a holistic approach to the prevention and tackling of gender-based violence against women with disabilities, something that requires an effort in the design of coordinated, multilevel and multi-departmental actions.

Asun Pié Balaguer is researcher of the IN3’s Care and Preparedness in the Network Society (CareNet) group. She is focused on the research into the social construction of disability and new forms of social inclusion of disability.