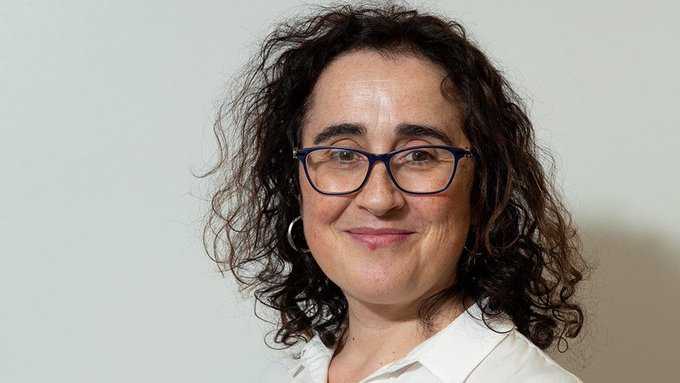 Interview with Milagros Sainz, principal investigator of the IN3’s Gender and ICT group (GenTIC) and expert in social psychology of gender differences in STEM career pathways and digital competences

Technology is increasingly prevalent and important in our lives, both at work and for expressing our political views or interacting with other people. However, there are gender differences here too and, according to experts, the widespread use of digital tools made by women is not enough to close this gap.

Milagros Sáinz is a researcher at the IN3 and leader of the GenTIC group. In addition, together with Lidia Arroyo and Cecilia Castaño, she has written the book Mujeres y digitalización. De las brechas a los algoritmos (Women and Digitalization, From Gaps to Algorithms), published by the Spanish Ministry of Equality as part of an investigation funded by the National Observatory of Telecommunications and the Information Society (ONTSI) of Red.es.

In this day and age, do men and women still use digital technologies in different ways?

Numerous studies have shown that, in spite of the widespread use of digital technologies by both men and women, women make a less sophisticated use of them. In other words, fewer women are involved in their design and production. Similarly, many women – particularly those from more disadvantaged backgrounds, such as those from rural backgrounds or older women – use these technologies less than men from the same backgrounds.

What are the reasons for such a different use of technology?

There are several reasons for this, such as stereotypes and social roles. These cause girls to be generally less exposed to digital tools than their male counterparts from an early age. Boys, for example, get more technology-connected toys and games, and girls aren’t enrolled for as many after-school activities of this type.

As a result, girls and young women do not develop any interest or expectations in relation to the design and creation of technological tools, instead leaning towards studies and professions that are more consistent with the gender role associated with femininity.

Why is it important to reduce the digital gender gap?

A recent report by UNESCO produced in collaboration with Equals named several aspects. We could start by talking about material factors. Digital competencies help women engage in economic activities and obtain employment. This opens up countless opportunities to take action and make both personal and professional decisions. These range from getting better jobs and obtaining credit to starting their own business or accessing online education.

According to EU Commissioner Mariya Gabriel, 90% of future jobs will require digital competencies. Women who do not have these competencies will be at risk of being left behind, with the resulting detriment both to themselves and to the societies in which they live.

Would this reduce the wage gap too?

According to some studies, fostering digital competencies can help close the wage gap, as women who have them also have higher salaries. Furthermore, according to OECD data, higher-skilled jobs – such as management jobs – involve a much more intensive use of ICT.

What other reasons are there?

Digital competencies lead to greater participation by women in the community and political life. This empowers them and results in them taking part in social and political movements to highlight situations of violence or discrimination, as in the case of La Manada or the #MeToo movement.

They also ensure their safety, both online and offline. According to UNESCO, 73% of women have fallen victim to some kind of cyber-violence, and women with poorer digital competencies have fewer resources to defend themselves. As shown in several studies, the development of digital competencies increases women’s confidence, independence, social prestige and power.

What are the different types of digital gender gap?

Three types have been identified. The first one is unequal access to digital tools and infrastructures – such as a computer or an internet connection – between men and women. The second relates to the differences between men and women in the digital uses and competencies acquired. The third relates to the benefits of using the internet in relation to existing social and gender inequalities.

Will generational renewal cause these gaps to disappear?

Generational renewal does not guarantee the disappearance of gender gaps. In fact, we are still seeing that, in spite of having greater access to digital technologies, many young women make limited use of new applications and programs and derive less benefit from technological innovations than their male peers.

In the book Mujeres y digitalización. De las brechas a los algoritmos, you use the Life Course approach. What does it involve, and how does it help your research?

This approach is based on the existence of different stages in a person’s life, which can result in very different personal and professional choices. The Life Course approach enables us to understand the complexity and variety of factors behind the digital gap and women’s under-representation in some areas relating to science and technology.

It does this by looking at key moments of transition or changes of role, such as the transition from primary to secondary school or from university to work. It also studies the impact of certain events, such as an illness in the family, motherhood and so on. It further considers women’s ability to face new situations and make decisions.

What steps or mechanisms can be helpful in closing the digital gender gap?

Public policies and measures must be comprehensive and be based on the Life Course framework. In other words, they must take into account the various needs and characteristics that arise at each stage of life. Furthermore, they should also be sustainable over time and involve several production sectors, as well as a variety of agents of socialization, such as families, teachers, the media, employers or companies.

In addition, each digital gender gap requires the implementation of specific measures aimed at each group of women. We must continue in our endeavour to prevent women from deeming themselves to be more technologically “clumsy” than their male counterparts even when their academic competencies are better.

Could you be more specific, or provide some examples of such measures?

For example, I think it’s essential to include academic activities and subjects related to computational thinking in the formal curriculum from early childhood and primary education, aimed at both students and teachers and encompassing the entire formal compulsory and post-compulsory education stage. We need to digitally empower children from a very young age, with a particular focus on girls and the people they look up to – mainly teachers – to help them develop digital competencies that can be applied both in various academic areas and in the personal sphere.

This involves investing in digital devices and suitable conditions for schools to access the internet and other networks. It is also a commitment to the continuous training of teachers working at each stage of education.

Why is it so important to have more female students and professionals in STEM subjects?

It is crucial in order to ensure that women’s needs and wishes are adequately represented in the various technological innovations. It is a matter of social justice. The absence of women in decision-making positions and in the actual process of designing and developing digital technologies results in products and services that are designed by men for men without taking women’s actual needs into account.