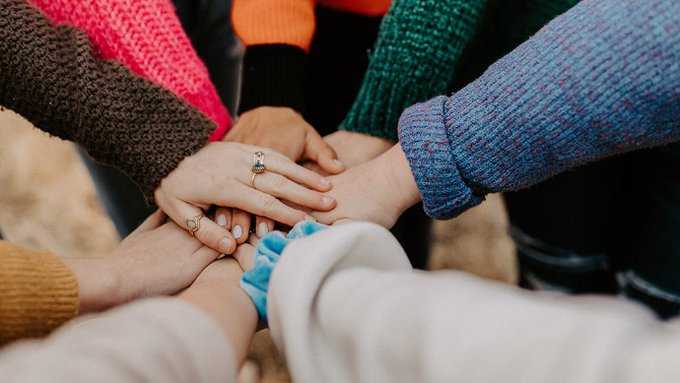 By Marta Roqueta-Fernàndez, doctoral candidate of the IN3’s GenTIC group.

Over the last ten years, Catalonia and Spain have witnessed a revitalization of their vibrant – and increasingly plural – feminist movement. Feminists have not only organized massive demonstrations, like the ones held for International Women’s Day in 2018 and 2019, or the demonstration against the ruling in the case of the La Manada rape case. They have also started important debates about countless feminist topics in the political, economic, social and cultural spheres.

Social media and digital tools have been very important in the organization of these events. They have also been useful devices to enable journalists, researchers, activists and grassroots feminist groups to reach wider audiences. The Internet has also helped many women to come to terms with their own stories of violence, after finding comfort in sharing their experiences with other women, and turning their pain and grief into political action due to their understanding of the structural causes of sexist violence.

As encouraging and liberating demonstrations, online conversations and hashtags may be, one of the main questions we feminist researchers face when discussing social media and feminist mobilizations is identifying and understanding practices that transform connective action on the Internet into collective action that can help women, groups and communities in their quest for feminist social justice. Another important point is to examine how digital tools help women to organize the everyday dynamics of feminist groups.

In this regard, my doctoral thesis studies how feminist groups use social media in order to achieve their goals and organize themselves internally. The research analyzes the online and offline activity of two feminist groups, in order to identify the uses of digital tools that have been beneficial for them. One of these groups is #OnSónLesDones. Its members fight for equal representation of men and women as experts in Catalan media. When designing the research methods of my doctorate, I decided to conduct a pilot study of the group. That investigation has been published as a chapter in the book Cartografía de los micromachismos: Dinámicas y violencia simbólica (2020). Its results, which present the situation of one of my objects of inquiry albeit partially, have provided interesting lines of research to pursue.

Online pressure and offline networking for gender equality on media

#OnSónLesDones was born in 2016, after several women used the hashtag #onsonlesdones (where are the women) to complain on Twitter about the lack of female panellists in discussions on TV3, the main television channel of the Catalan public broadcaster. Some of the women who expressed their discontent decided to form a group, named #OnSónLesDones. This collective would monitor the presence of women in the Opinion sections of newspapers and digital media, as well as in panel discussions on television and radio in Catalonia from then on.

As a result, #OnSónLesDones periodically publishes monitoring reports on the opinion sections of Catalan media. These studies are published online, using their blog and social networks, and offline, and the group issues press releases and organizes presentations.

One of the most important aspects of their strategy is that during the period the monitoring takes place – which could be weeks, months or one year – the group tweets the daily results of each medium it analyses, naming it directly. This strategy has proved effective, in the sense that some media have felt challenged by the group’s highlighting of their results, both good and bad. Indeed, some of them have answered #OnSónLesDones on Twitter. However, according to documents released by the group, many other media have contacted them using other communication channels.

One important facet of my research is therefore to highlight relationships between actors that may start online, but that end up developing offline, as well as to identify the channels that make this transition from the digital to the physical world possible. Could the social capital of some of their members help to establish these offline connections with relevant actors?

This question is an integral part of my research process, since #OnSónLesDones periodically organizes events that bring together major figures in the Catalan mass media and political spheres – the group uses the Catalan law for equality between women and men as the cornerstone for their arguments. #OnSónLesDones has received recognition from other institutions of Catalan civil society, including Òmnium Cultural. Members of #OnSónLesDones have spoken in the Catalan Parliament, while others have met with senior government officials, members of the European Parliament, and with the Catalan Ombudsman, (the Síndic de Greuges).

#OnSónLesDones has established alliances with other feminist groups aimed at joining forces to pursue common goals, such as a greater representation of racialized and migrant people in mass media. One of the possible lines of investigation in my research is to map online and offline relations separately, and compare them to identify how the digital and physical spheres complement each other in the organization of feminist action.

Moving towards gender equality, but at a slower than ideal pace

Apart from mapping offline encounters, my preliminary research analysed the monitoring reports published between 2016 and 2020. The results show different levels of increases in the numbers of women as experts in the Catalan media.

Ethnicity is a factor that has a dramatic impact on access to Catalan media. According to the results of the October-December 2019 report, only 0.5% of the experts in Catalan media were non-white. Racialized women either wrote or voiced one in every hundred women’s opinions; racialized men either wrote or voiced 0.1% of the opinions expressed by men. The trend observed for white experts is the opposite among racialized experts: more women (79.6%) than men (20.4%) are present in the mass media. These limited figures are even more meagre in the only report conducted so far in 2021, which was not included in the research.

Finally, the monitoring reports present evidence for a possible tokenization of feminism. #OnSónLesDones works based on the hypothesis that 8 March is a date used by the media to invite more women than usual to talk about problems that affect women to a greater extent than men. The group confirms this increase in its 8M reports for 2018 and 2021.

The main conclusion of my preliminary research is that #OnSónLesDones contributed to raising awareness of the underrepresentation of women experts in Catalan mass media, and was successful in engaging with actors in both the political and communication spheres. However, the group has not yet succeeded in forcing the mass media to have a permanent and egalitarian representation of both women and men in their opinion columns and panel discussions.

Marta Roqueta-Fernàndez is doctoral candidate of the Researching Gender in the Network Society (GenTIC) group at the UOC’s Internet Interdisciplinary Institute (IN3). Her main research field is focused on the use of social media by Catalan feminist activists.