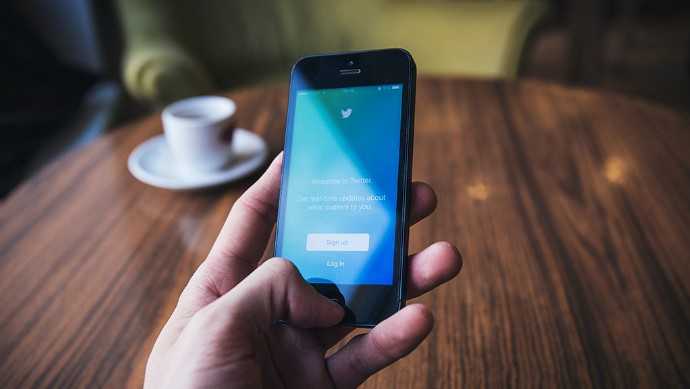 By María Palazzi, researcher of the IN3’s CoSIN3 group

Online communication, especially on social media platforms, is characterized by information overloads, with practically anyone able to create and disseminate content. In this new scenario, attention has become a key asset to compete for, since it is a scarce resource.

As well as competing, the involved actors use memes (keywords or hashtags)* in ways that are mutually beneficial. If correctly chosen, the memes can help them increase the notoriety they seek. At the same time, being clear and concise is the best way for a meme to reach more users. Furthermore, these actor-meme interactions are adaptative and extremely sensitive to changes in the communication environment – breaking news, fads, rumours, celebrity gatherings, etc.

Based on these features, competitive and mutually beneficial interactions, online communications systems bear a strong resemblance to natural mutualistic ecosystems. Pollinator insects compete for nectar in a way that is similar to how Twitter users compete for visibility. Likewise, the memes compete for users’ attention, just as flowers passively compete for the attention of pollinator insects.

On the other hand, as we just mentioned, the selection of a certain meme by a user can be beneficial for both agents: the user might receive more attention, while the meme will reach more users. In ecology, these types of interaction dynamics in natural ecosystems have been studied for decades, to examine the evolution of the abundance of species under a very well-established mathematical framework.

At the CoSIN3 group, in collaboration with researchers from the Laboratory of Interdisciplinary Physics (University of Padova) and the Spanish Institute for Cross-Disciplinary Physics and Complex Systems (IFISC), we have exploited this ecological framework to develop a mathematical model that can explain the interaction patterns observed in online communication systems.

We analysed the response of different Twitter data streams corresponding to different types of external events: the 2014 Catalan self-determination referendum (~230K tweets), the 2012 UEFA European Football Championship (~4M tweets) and the April 2015 Nepal earthquake (~2M Tweets), to name a few examples. We were able to quantify how collective attention episodes reshape the actor-meme (or user-hashtag, in the case of Twitter) communication network.

Mutualism, competition, adaptation, and environment: a resemblance to natural ecosystems

Our hypothesis was that some of the relevant drivers of online communication are: the competition for limited cognitive resources (attention), the mutually beneficial relationship between actors and memes (mutualism), the co-adaptation of actors’ and memes’ interactions, aimed at maximizing their visibility, and the environmental conditions, resembling natural mutualistic assemblages. Aside from the minimum ingredients described above, the only assumption about the users and memes (or hashtags, in the case of Twitter) in our study was that they were aligned with certain topics of their interest.

By considering these aspects, we were able to adapt a mathematical model that is very well known in ecology, to examine the evolution of online communication systems. We showed that, in this context, exploiting ecological frameworks is a powerful tool to describe –and predict– the observed interaction patterns that reflect the organization of the network. We also provided evidence that these systems exhibit structural flexibility to environmental changes, recovering their original configuration in the aftermath of an external event affecting it.

We performed empirical observations of the dynamical organization in communication networks as they respond to environmental ‘shocks’. Particularly, we explored how the Twitter ecosystem reacts to different types of external events. We observed that the underlying organization of empirical user-hashtag information systems evolves into recurring emergent patterns.

First, a modular configuration that corresponds to a scenario of fragmented attention, where the users are mostly focused on their topics of interest, i.e., a certain subset of hashtags. We considered this scenario as the resting state of the system.

Second, a pattern that has been frequently observed in ecological systems, called a nested pattern. The presence of nested patterns in the system reflected an ephemeral stage in which users reorganize to focus on one or a few topics during extraordinary events. At these times, the discussion will centre on a small set of hashtags that are being used by virtually everybody, and by highly active users, that participate in many aspects of the discussion. The emergence of these structural signatures was consistent across different topics and timescales.

Another remarkable feature we observed was the system’s structural flexibility to these environmental changes. No matter how abrupt and large the shift towards the nested arrangement was, the system was able to go back to its modular resting state soon after, when the interest in the breaking news faded out.

Simulations from our model could mimic the observed emergent structural arrangements. Starting from an initial random configuration, we observed the emergence of a modular architecture, in line with the resting state of the system. When including changes in the environment of the system, i.e., external events in our simulations, we were able to reproduce the decrease in modularity and the increase in the amount of nestedness observed empirically. When the environmental shock faded out, the network recovered the general layout that it had before the event was introduced.

A new line of research to study online communication systems

In the near future, our idea is to extend the model to include death-birth mechanisms, i.e., new users and memes entering and leaving the system, to try to mimic the dynamics of users’ visibility (abundances in the ecological context) before and after breaking events, at the microscopic level. Hopefully, this will lead us to a better understanding of how influential users and viral content emerge.

Another aspect we aim to include soon is the introduction of changes in users’ topical preferences after the events have occurred. Looking further, theoretical ecology’s tradition of trying to understand and prevent the collapse of ecosystems can be adapted in this context to decipher how social media and information bubbles shape our thinking, or, in the opposite direction, to disrupt and break misinformation dynamics and polarization.

*In this study, the term “meme” encompasses both hashtags and keywords.

María Palazzi is a postdoctoral researcher at the IN3’s Complex Systems (CoSIN3) group which develops research towards the discovery of underlying mechanisms in complex networked systems.

The results of this research were recently published in the Nature Communications journal, and were developed within the framework of the Towards an Ecological Approach of Information Systems (TEAMS) project, funded by the Fondazione Cassa di Risparmio di Padova e Rovigo.