Book recommendations: what are the humanities for? 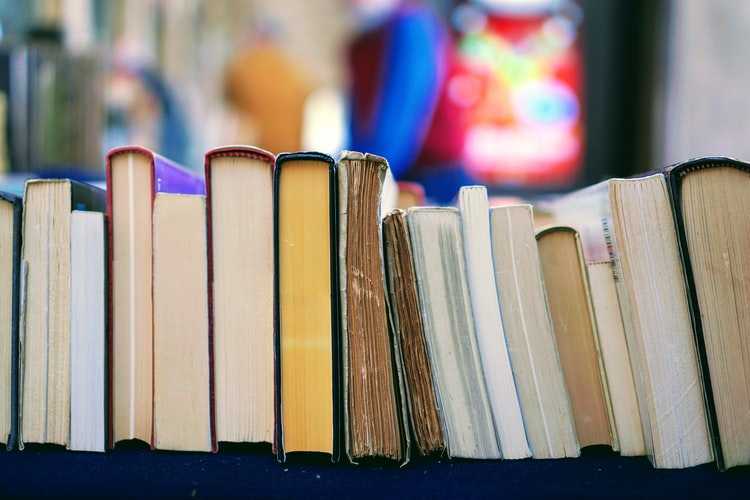 For this year’s Sant Jordi’s day, GlobaLS research group offers some heterodox reading suggestions to reflect on the value of the humanities in our post-pandemic, 21st century societies

At a time marked by a global pandemic, populist discourses, climate change and growing inequality, science, technology and the transforming capacity of culture and the human sciences have once again emerged as fundamental elements for the progress of our societies.

At the same time as trying to understand what COVID-19 is, what a messenger RNA vaccine is, or what impact greenhouse gas emissions have, many researchers and intellectuals have also been questioning the value and the meaning of what we do. As a society, we have needed resources to understand and exist in this world. We have had to relearn how to look and listen.

Ever since the lecture by the English chemist and novelist C.P. Snow in 1959, criticisms of the excessive compartmentalization of the Sciences and the Humanities have been around. In The Two Cultures, Snow warned of the lack of interdisciplinarity and the risks of not being able to solve global problems in view of the tendency towards an education system that is less and less cross-disciplinary.

Now, in 2021, it appears to be more necessary than ever to reconcile these two major fields. To study philosophy is to know the bases of our scientific mentality. To study a language is to get to know ourselves better, but also to be aware of the diversity and the power of speach. Literature enables us to explain and preserve the experience of the other in space and time.

For Sant Jordi’s Day 2021, the GlobaLS research group proposes eight unorthodox books to think about the value of the Humanities in our academic communities, in education centres and in the public space in general.

1. The Usefulness of the Useless (La utilidad de lo inútil) by Nuccio Ordine (2013)

In this book, the Italian philosopher Nuccio Ordine proposes rethinking the value of humanist knowledge, since its consideration as “useless” has contributed to the formation of a university-business model in which students are seen as clients and, consequently, in which critical knowledge is a secondary asset.

Ordine also reflects on the great influence that the so-called “hard” sciences have had on disciplines such as the Humanities, the latter being subject to a series of methodological standardizations with the aim of achieving apparent scientific excellence.

In this book, Martha C. Nussbaum, who lectures in philosophy, law and ethics in the United States, criticizes the utilitarianism of present-day education systems (from school to university), excessively focused on the professionalization of individuals and in which the presence of the Arts and Humanities has significantly decreased.

The author establishes that this trend, which serves specific economic interests, endangers the democracies of our century and the capacity of our societies to understand complex global challenges.

3. What Is Literature for? (¿Para qué sirve la literatura?) by Antoine Compagnon (2007)

In this book, the essayist and lecturer in French literature Antoine Compagnon reflects on the value and usefulness of literature in 21st-century societies and schools.

In the face of the so-called “Humanities crisis”, Compagnon concludes that literature is not only a form of evasion and of pleasure, but rather it also represents knowledge and action, and it is therefore necessary to blur the boundaries between scientific and humanistic disciplines and to rethink the teaching of classical authors in schools.

Starting from the work of novelists and critics such as J.M. Coetzee, Toni Morrison, Zadie Smith, Gish Jen, Ian McEwan or Jonathan Franzen and from an in-depth study of the narrative form, in this essay, Dorothy Hale, a specialist in the novel, reflects on how this genre intervenes in individual ethical action.

In this book, the educator María José Urruzola reflects on the usefulness and the social impact that the gender perspective can offer in the education sector. According to Urruzola, education should be a means to achieve better people, and for this to be possible we need to abandon stereotyped educational models and evolve toward coeducation and education for equality.

6. Acts of Resistance: Against the Tyranny of the Market (Contrafuegos. Reflexiones para servir a la resistencia contra la invasión neoliberal) by Pierre Bourdieu (1998)

Firing Back: Against the Tyranny of the Market 2 (Contrafuegos 2. Por un movimiento social europeo) by Pierre Bourdieu (2001)

These two books by the French philosopher Pierre Bourdieu form a compilation of public interventions between the mid-1990s and the year 2000 which, as a manifesto, present certain key ideas for researchers to undertake political action in favour of a “new internationalism” and to subvert the “conservative revolution”.

These two texts can still today be very useful to understand our social world and consider new positions contrary to the dominant ideology and the dangers of depoliticization.

7. The Force of Nonviolence: The Ethical in the Political (La fuerza de la no violencia. La ética en lo político) by Judith Butler (2021)

The United States is currently marked by violence which has emanated from the power structures and led to mass movements such as Black Lives Matter. In this context, the latest essay by the thinker Judith Butler invites us to reflect on the philosophical roots and political meaning of nonviolence, understood as an active force with the potential to transform society.

This book is an invitation to rethink notions such as vulnerability, the aggressiveness inherent in human societies, resistance to power and solidarity, in pursuit of a more liveable world for all.

In this book, Adam Trexler studies how the novel has become a fundamental instrument to make sense of an age marked by the climate crisis. According to Trexler, the novel is capable of expanding the scientific discourse and making it accessible, thus converting an apparently abstract, global and intangible phenomenon into specific, local and tangible experiences.

The climate emergency is not limited to strictly scientific fields of knowledge, but rather has also had a notable impact on narrative representations. In Anthropocene Fictions, the author also proposes new ways of inhabiting the planet and new forms of political and critical imagination.