Ideas and practices for non-ageist research in a digital world 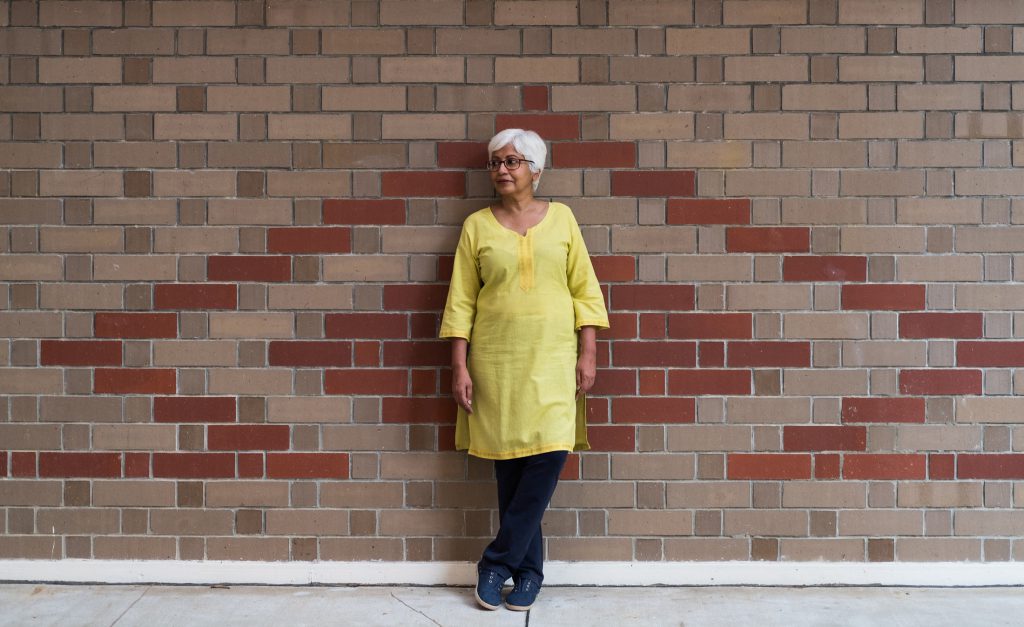 Photo by BBH Singapore on Unsplash

Masked under the veil of rigor and objectivity, scientific research on older and younger generations often replicates ageist assumptions, going unnoticed and remaining unchallenged. Researchers from the life sciences have noted the homogenizing and excluding practices of research towards the older people. Not only do we find that the same needs to be done in the social sciences and humanities studies, but also further expand it to achieve fairer ethics and praxis in all research efforts in concomitance with older people themselves.

But what is ageism?

Ageism has been researched in the last 50 years, but there is still a lack of consensus in regards to the concept itself or its causes. Butler (1969) first defined it broadly as the set of prejudices held from members of any age group towards members of another one. Even if ageism towards the old might be of a positive nature, more recent works frame it as “the complex, often negative construction of old age, which takes place at the individual and societal level” (Ayalon & Tesch-Römer, 2018: 3). People, younger and older alike, internalize ageist assumptions and often direct them towards themselves, which makes ageism a kind of discrimination where everyone can be potentially targeted. Although sometimes ageism can be manifested overtly, it can also be expressed inadverted and implicitly through feelings, beliefs, and behaviors. The relative unawareness and invisibility of ageism makes it possibly more pervasive than renown ways of discrimination, such as sexism and racism. Ageism can go from the person, to communities and networks, to institutions and culture, forces that shape and reinforce each other unless ageist ideas are contested. Importantly, ageism is not only present in the physical, tangible world, but also in the the digital one.

What ageist myths are out there (and here)?

Sawchuk (2016) gathered a list of common misleading myths held about the relationship between older people and (digital) media technologies:

By confronting these myths, research can contribute to providing diverse models of ageing to societies, which is a necessary step to create a non-ageist society.

Later life is multifaceted. However, stereotyping helps to reinforce those approaches that consider digitized old age only from a healthcare and medical purview, assuming that older people are merely passive recipients of technologies. The (predominant) digital divide reinforces the idea that older people are not interested in digital technologies or in learning how to use them. Older individuals are expected to be less capable of learning and adapting to changes than their younger counterparts. Such ageist stereotypes influence digital usage habits, which perpetuates the exclusion and stigmatization of older individuals. It is commonly assumed that children and teenagers are more digitally competent than older adults because normative uses of digital technologies tend to be based on trends led by younger people. However, the relationship with the digital sphere evolves over time, not only due to the innovative dynamics but because throughout life individuals adapt their communicative practices to their circumstances, interests, and digital and physical abilities. The digital communication practices of older people are different from younger generations, and continue to change throughout the different stages of old age.

Older age is often treated as a homogeneous category, but diversity is one of the dimensions that define later life. The negative aspects linked to the idea of being old supports the common view that, regardless of chronological age, oneself is not an older person but it is usually someone else who is. Some scholars argue that ageism is increasingly being targeted at middle age through an ideology of decline (Gullette, 2011), a process which advances ageism towards others and oneself to younger ages.

What can (we) researchers do about it?

To tackle these ageist assumptions, we point out several promising practices inspired by an iterative process of literature review, collective reflection, and collaborative work led by Communication Networks & Social Change (CNSC) within the ACT project. Here, we use the term promising practices instead of best practices to inspire and guide researchers in every stage of a research process, from its conception to its dissemination:

Acknowledge and embrace the existence of old age as a relevant stage in the life course that, as with earlier life stages, should be subject to scientific study.

Some scholars criticize a movement within ageing studies towards “agelessness,” portraying old age as an obsolete category and as a merely psychological state. Yet, as with race, becoming age-blind (i.e., old age does not exist) in scientific research denies older people from their own selves and masks the underlying discrimination against older age(s).

The unjustified exclusion of older people from scientific inquiry (especially those over 80 years old) impedes applying findings to older populations. For example, since interventions that target older people’s physical activity are rare, the modal approach is to extrapolate interventions designed for younger people. Unsurprisingly, there is a consensus in that these interventions are less effective on older people. Criteria of equity and fairness in participation in research projects have been raised in areas as diverse as health, natural sciences, engineering, social sciences, and humanities. Exclusion of individuals, groups, or communities of different attributes can entail failing to treat them fairly unless it is validly justified. Among the attributes referenced we find old age: “Elderly people shall not be inappropriately excluded from research solely on the basis of their age.” (Canadian Institutes of Health Research et al., 2014: 52).

Include older participants in a way that accounts for their diversity.

Older people are diverse and heterogeneous. Nonetheless, science regularly relies on central tendencies in samples, obscuring variability in the interpretation of results. For example, health studies that rely on averages often conflate healthy and sick older people and attribute problems to the ageing process instead of other causes, such as illness. Scholars advocate examining in detail the various birth cohorts that make up the usual “60+” age group, a broad age group that has been coined the “grey zone” (Sawchuk & Crow, 2011). Although conventional studies and statistical offices often make extensive use of this age group to represent older people, it implies a reductionist vision as it lumps together people with an age range that can be 40 years long or more. Conversely, this would rarely happen with younger birth cohorts (e.g., people between the ages of 20 and 60), unless it was validly justified.

Expand diversity among older ages by including other sources of discrimination.

Promoting greater diversity of older people in research also demands that we account for heterogeneity based on gender, race/ethnicity, social class, sexual orientation, functional diversity, origin, and other sources of discrimination and oppression. In other words, advance the intersectionality research agenda when including older people.

Avoid ageism in all stages of the research process.

Aim to reduce bias against older ages in the design, implementation, analysis, and report of results. We should avoid ageism in our deployment of language. This principle is contained in manuals of style like the American Psychological Association (2010: 76), in which they introduce norms such as:

Nonetheless, certain terms may convey different meanings and nuances depending on the context. For example, the word “elder(s)” may have an empowering overtone as is the case of the international organization The Elders, or the protest movement Iaioflautas. We need to understand the categorizations that older people acknowledge from the way they are labelled by the organizations they come in contact with, including research institutions. Taking account of how older people may self-label themselves is a crucial aspect in respecting their dignity and avoiding stereotypical prejudgements.

Avoid using emotions instead of argued reason or critical analysis.

A particular form of ageism has been identified as “positive.” Common stereotypical portrayals of older people use emotional terms such as warm, kind, lovely, or wise. However, these positive attributes often are linked to negative characteristics such as incompetence or frailty, leading to feelings of pity. This language is often related to infantilizing attributes ascribed to older people, which denies them their maturity and erases their lifelong experiences. Older people, as any other age group, deserve being addressed in rational or analytical terms, especially in a field like science.

Ageism can be directed both ways: from younger to older and from older to younger. A common feature is that both generations are interdependent, they need each other just as students need teachers and teachers need students. In this line, we should realize that the researcher-older participant dyad is one of mutual learning. As Sawchuk (2016) argues, it is not like WE are teaching THEM. We must find ways not to patronize or colonize in our approaches to older people when they participate in research. We must avoid pathological visions of the old age that suggests inferiorization, disabilities, and patronage.

These premises do not represent an exhaustive list of expressions of ageist cultures in society at large and in science in particular. But we deem them as a compendium of promising points for meditation and action to combat ageism in the conception and practice of research on and with older people and their interactions with the (digital) world.

Note: This post is based on the document titled “The ACT Project Manifesto: Inspiring Ideas and Promising Practices on Non-ageist Research in a Digital World”, a meditated collective effort carried out by members of the ACT project. Some of the ideas included in this document have contributed to the creation of a formal manifesto against ageist practices in research, which will be presented at the conference “Take Back Aging: Power, Critique, Imagination”, organized by the North American (NANAS) and European (ENAS) Network of Aging Studies and hosted by Trent University (Peterborough, Canada) between May 28 and 31, 2019.

CNSC is one of the partners of the international project Ageing, Communication, Technologies (ACT): Experiencing a digital world in later life. The project was designed to be a last longing base of collective research, teaching and learning experiences focused on the intersections between ageing processes and digitizing societies. At the project’s core is the examination of the various ways in which “digital ageism” is manifested, that is, the often subtle ways of individual and societal biases that exclude or limit people from accessing digital innovations based on their (old) age.

Sawchuk, K., & Crow, B. (2011). Into the grey zone: Seniors, cell phones and milieus that matter. WI: Journal of Mobile Media, 5(1). Retrieved from http://wi.mobilities.ca/into-the-grey-zone-seniors-cell-phones-and-milieus-that-matter/