«We need mechanisms to tackle the climate crisis collectively» 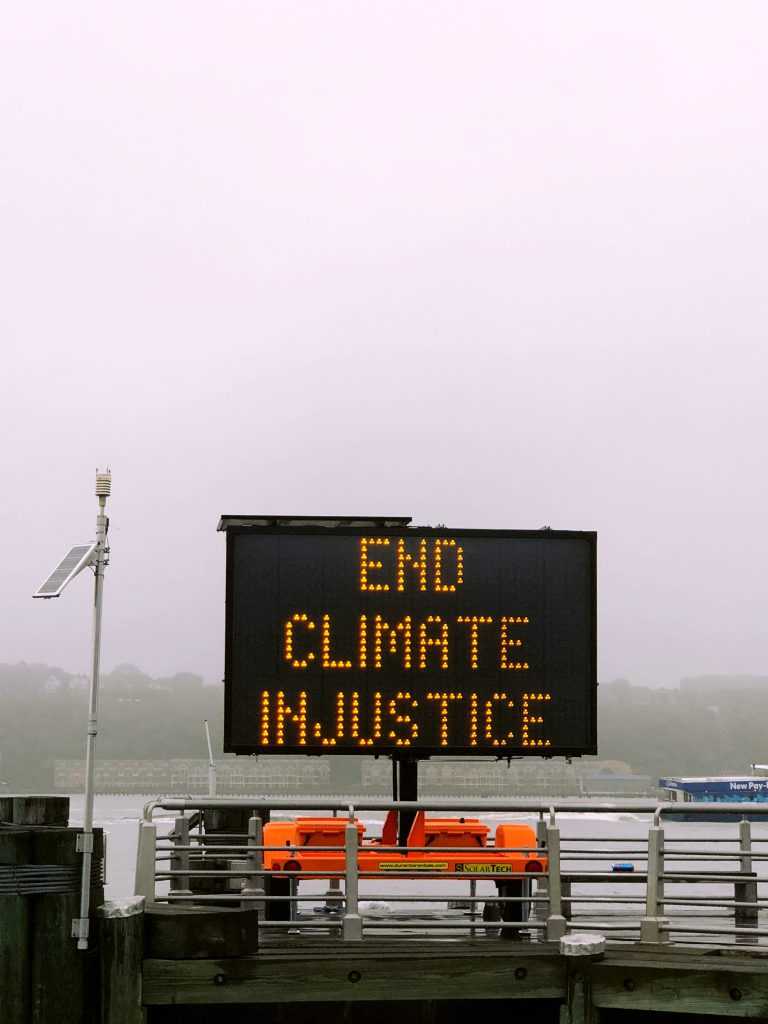 How can members of the public adapt to the climate crisis? What policies should be implemented to help enable people to manage its impact on their daily lives and on their surrounding environments, and to help them adapt? These were some of the points discussed in the Urban resilience against the challenges of the climate crisis session, part of a series of events organized by the Universitat Oberta de Catalunya (UOC). It involved Prof. Leandro del Moral from the University of Seville, Ángela Lara from the University of Seville, Prof. Pilar Paneque from Pablo de Olavide University, Hug March from the UOC’s Faculty of Economics and Business and member of TURBA (IN3-UOC), Isabel Ruiz-Mallén, associate professor at the UOC’s Faculty of Psychology and Education Sciences and researcher at TURBA (IN3-UOC), and Magdalena Trillo, editor of Granada Hoy, as moderator.

Fair and equitable adaptation in times of climate emergency

The experts emphasized not only the need to provide policies that foster adaptation to climate change, but also that they should be based on sustainability and social equity. “It’s important how we adapt to this new climate situation, but above all how we do it in a fair, inclusive and democratic way,” said Hug March. Prof. del Moral went on to provide a broader definition of the term “climate crisis” to encompass its political and social facets: “We need to bear in mind that the climate crisis is a both physical and political process and also a social and perceptive one”.

German sociologist Ulrich Beck saw a positive side to the climate crisis as, in his words, “even though it represents a terrible danger to humanity, it also offers a marvellous opportunity for turning policy into collective action”. Along the same lines, Prof. Paneque suggested that turning points such as those seen this past summer, “with a situation involving a combination of different risks (droughts, heatwaves, forest fires, etc.) – and we have had deaths due to the heat and economic losses in agriculture due to drought –, could help to bring about change”.

The climate crisis has consequences for people’s lives and has laid bare the social gap between those who have the means to adapt and those who don’t. According to Angela Lara, there is a need for mechanisms to deal with heatwaves in a way that is democratic, equitable and fair for everyone. “Heatwaves can’t be tackled by using air conditioning, as there are people who can’t afford it. There need to be mechanisms to tackle it collectively,” she said. There are already collective, transformative movements, such as the more than 50 initiatives being carried out in the cities of Barcelona and Seville,by associations, social movements and social economy undertakings to tackle the three hydro-climatic risks that could be amplified by the climate crisis: heatwaves, floods and droughts.

Putting the emphasis on public policies

Particularly noteworthy is the vulnerability of urban areas, where heatwaves are more accentuated due to the “urban heat island” effect and because they feature higher population concentrations. “There are many more people suffering from the heat, usually those in situations of greater precariousness when it comes to dealing with it,” said Ángela Lara. She explained that “solutions need to be based on nature: in other words, to tackle climate risks (heat, drought, flooding and the like), we need cities with more green spaces and more water”. There are already climate shelter projects in place in a number of cities. “In Barcelona and its metropolitan area, they’re creating a network of climate shelters, including public libraries, education centres and museums. The issue here is what a ‘climate shelter’ actually is. It’s not just using air conditioning. Rather, it encompasses more solutions: changing structural aspects, such as removing tarmac, which creates a significant “heat island” effect, and replacing it with vegetation or with surfaces that act as better filters and that don’t have this heat reflection effect,” explained Isabel Ruiz-Mallén.

The experts agreed that solutions need to be implemented through policies, which, in many sectors, are dependent upon European Union directives. “The European Union provides the guidelines for large-scale policies, be these environmental, energy, planning, agriculture or water-related. Europe’s water policy is the most advanced in the world, and its objective isn’t to meet our water needs, but rather to conserve or restore aquatic ecosystems,” explained del Moral.

Should the public and private sectors act hand-in-hand? “The goals of public and private policies are different. On occasion, it may make sense for them to go hand-in-hand, and perhaps not on others, as there will be times that certain goals aren’t in the interest of the private sector and vice versa. In the end, what I think is important is to make it clear how political agendas are made up: in other words, that they be well-expressed and with clear goals set out for every stakeholder,” said Paneque. For del Moral, it is clear that public policy needs to be the centre of attention: “The private sphere permeates throughout society, but it’s the public one that expresses its great challenges. When a pandemic occurs, who gives the vaccines? The public sector. There’s not a single company that vaccinates humanity or a nation. If there’s a large fire, who’s there? The fire brigade: the public sector. The insurance and private security people aren’t there. One of the main conclusions drawn from our experience of the pandemic is the key role played by the public health system and the public administrations in dealing with the great risks”. For her part, Lara argued that we need to be clear about the goals of both sides: “If we’re talking about private initiative, businesses have one goal, which is profit, which can be more or less legitimate, depending on how it’s achieved. This goal can sometimes clash with the need to adopt certain policies. Meanwhile, the purpose and function of the public sector is to defend general interests. I think that it needs to be clear that the public sector has to defend these general interests over private interests”.

Members of the public also play an important role in this transformation, as they can apply pressure to change or adjust certain policies. Ruiz-Mallén believes that, in the field of the climate crisis, young people have been teaching us an important lesson for years. “They’re really concerned due to schools carrying out a lot of work on environmental education. Thanks to this, we’ve made a lot of breakthroughs, but the fact is that this is a slow grind.” Similarly, and to conclude, del Moral said that participation is crucial, but doesn’t always happen, only in bursts that have to be leveraged.