Javier Borge:”Data allow you to address issues that were previously unimaginable” 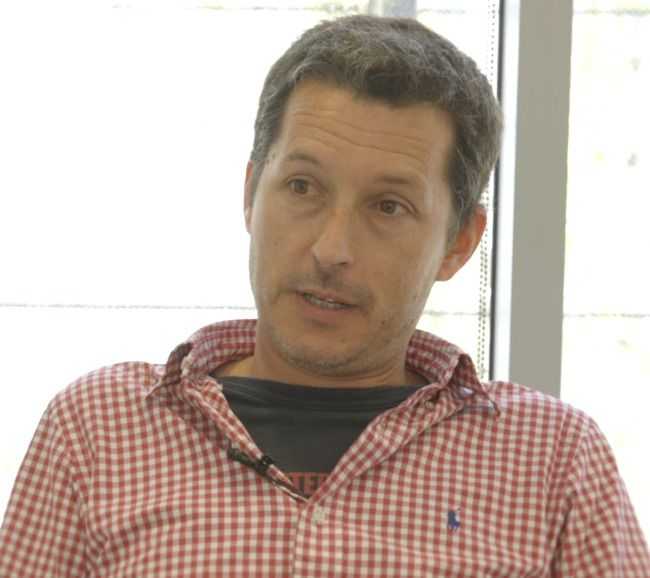 Javier Borge Holthoefer is the principal investigator in the UOC IN3 Complex Systems research group (CoSIN3). It is a multidisciplinary team that uses computational tools, data science and complex systems to respond to problems in a variety of applied fields, such as social science or cities and ecosystems. Its research includes urban science, which, using this approach, studies how cities can transition to become more sustainable and accessible for people.

What is computational social science and what kind of problems can it tackle?

Computational social science is a discipline that emerged 10 years ago and incorporates the centuries-old tradition of social science, which was historically a highly theoretical, speculative discipline, closely related to philosophy and social psychology. In the 21st century, with the boom of the digital world, in which we constantly leave traces behind (opinions, where we go, what we do, etc.), a door is opened to a new social science, based more on data, which historically were scarce and limited, and that allow you to address issues that were previously unimaginable. Beyond conducting surveys, we’ve never been able to track society’s movements as closely as we can now. Computational social science attempts to exploit the ideas and problems of social science, using data science, big data and complex systems methodologies, which provide the models that explain the things we observe.

What can the study of complex systems bring to the development of urban planning?

Through the study of complex systems, we aim to capture a vision of the city system and embrace its complexity. This vision looks at two dimensions: first, a vertical dimension, seeking to capture different interrelated layers, such as the impact of commerce on traffic or on energy distribution; second, it looks across the horizontal dimension of the space, considering the city as a single system in order to understand that sometimes there are interactions that aren’t obvious, and that can have an impact on distant places, or that problems in different places in a city can have a shared origin.

Why is it useful to work with theoretical models for urban science?

One of the branches we work in is based on more theoretical and abstract models. These are representations far removed from reality (the actual data would complicate the models too much), but they are plausible and allow trends to be identified. These trends can be mathematically extracted in a precise manner, thus providing general ideas about how the city works. It may not have an entirely direct and useful application for urban planners, but it does give us clues as to how cities, road networks, etc. are formed. In our group, we have applied these types of toy models to study the traffic networks of Barcelona-style cities (with a grid-shaped centre and tree-shaped suburbs) and we’re also now working on a model about the distribution of services and businesses in the city, to try to understand why services in cities are distributed in a certain way.

How does this research interact with the more applied part of the group?

The theoretical and practical parts of the group are like communicating vessels, since we try to see if everything we learn through the theory and with the models captures the essence of real behaviour. However, in the more applied part, we work with completely real data. We call it Urban Informatics, since it depends more on the computational part rather than the mathematical part, as it’s about processing a lot of data, of all kinds: pollution, green spaces, accidents… We use real data mass processing methods to make simulations, look for patterns, and draw conclusions.

What is your view on this urban science?

In the group, we believe in a more sustainable and accessible city and we apply our research to these objectives. There’s a very high percentage of researchers studying how to resolve issues related to motor vehicles, and I understand that this concern is urgent and important, but research on pedestrians and active mobility have been systematically forgotten: runners, walkers or cyclists. This doesn’t mean it hasn’t been studied, but traditionally it’s been done on a small scale. We thought that in the same way that the problem of global traffic in the city is being tackled with big data, we could also tackle the problem of pedestrians by observing the entire city. Everything we’re doing with big data about the city is related to the advantages and difficulties faced by pedestrians.

What has been the challenge of this approach?

When we started on this subject the first thing we did was look for data, and we realized that the information about the infrastructure available for pedestrians is generally non-existent. Unlike information about roads, it’s very difficult to find accurate information about pavements, their exact location, inclination, direction, and so on. This information doesn’t exist publicly or, when we found it, it was in formats that couldn’t be used computationally. We were forced to collect and transform all these data for almost a year.

What research did you carry out with these data?

With these data, we have studied what percentage of the space in 10 cities across Europe, the United States (USA), Canada, and South America is dedicated to pedestrians, and what percentage to cars. This is what a Danish architect called the arrogance of space, to show how cities have been built by giving maximum space to cars and marginalizing pedestrians. The results showed that in US cities it can reach 80% for cars and 20% for pedestrians; in Barcelona and Paris, the distribution is more even, but it’s a somewhat deceitful result, since there are parts of the city that are fully pedestrian and others that are mostly for cars, which makes the average go up a lot. In South America, they are halfway between European and American cities.

How do you intend to continue this research?

With this research we’ve achieved extremely detailed information about pedestrian infrastructure. This opens the doors for us to try to understand other questions such as which difficulties the elderly or wheelchair users face when moving around the city. With this information, routes can be made, for the blind, the elderly, or wheelchair users, for example. Dangerous routes can also be equipped with wide pavements, etc.

On this subject, we have recently received financial assistance from Barcelona City Council and “la Caixa” Foundation, to study pedestrian flows in Barcelona. The LIKE-BCN project addresses the analysis of public space to detect deficiencies from real data obtained by TCGroupSolutions, a company that has, while respecting privacy, been measuring pedestrians passing through different places in the city for years. LIKE-BCN will be an 18-month project, in which the UB is also participating, which tries to answer questions such as which neighbourhoods have had a commercial decline or what impact the superblocks have had. Ultimately, the idea is to become an accurate, data-driven measurement tool to guide urban transformation processes.

What other specific research have you carried out within urban informatics?

Another of our recent research projects was funded by the DGT (Directorate-General for Traffic). The goal was to design an artificial intelligence system to detect patterns from images of the city and see if there was anything in the environment that would make an area more dangerous. We’re not artificial intelligence experts or developers, but we do make use of existing applications. So we pooled a large volume of historical accident data (people involved, date, location, etc.) with images from Google Street View and applied deep learning artificial intelligence tools to generate a danger map of Barcelona, Madrid and San Francisco, where the system could predict the probability of an accident happening. These maps do not aim to substitute road safety experts, but we think they can be used to support experts to detect potentially dangerous areas. It’s a public, open source tool which can be applied to any other city.