Citizens in the ‘Smart City’: Participation, Co-production and Governance 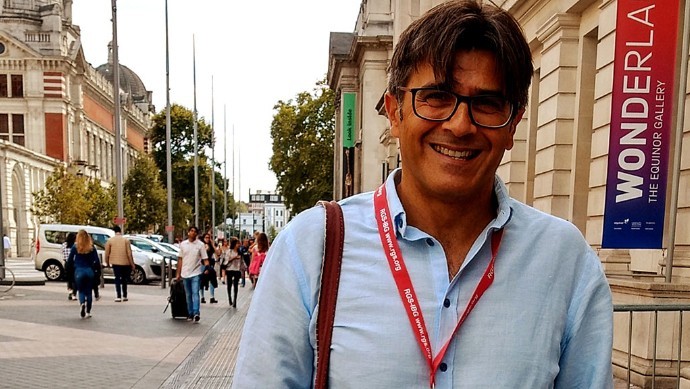 By Paolo Cardullo, researcher at TURBA Lab research group of the IN3.

My first monograph, “Citizens in the ‘Smart City’ Participation, Co-production, Governance”, has been just published by Routledge, Studies in Urbanism and the City. The book critically examines ‘smart city’ discourse in terms of governance initiatives, citizen participation, and policies which place emphasis on the ‘citizen’ as an active recipient and co-producer of technological solutions to urban problems.

The publication is divided in two parts, the first one, “The neoliberal city: Reloaded”, traces the history of the concept and the genealogy of its meanings, making a strong link between its discursive construction, the data-centric focus, and neoliberal urbanism. It is data, in fact, the motor of the ‘smart city’, as the book rehearses over and again following the critical stance taken by Kitchin and his team of researchers.

Moreover, data and its extraction are inserted forcibly into a neoliberal rhetoric of market imperatives of efficiency and freedom from the state. The result, I argue in the book, is the outsourcing (even further) of functions and services priorly organised by the state or cities. These are (or were, before the pandemic) often operating in strict regimes of austerity and neoliberalisation.

Cities on the move

The second part, “Cities on the move: An outlook on policies, processes, and practices”, reads ‘actually existing’ smart city initiatives through the lens of critical geography, provincialising and problematising such an overarching discourse into a place-based frame of reference.

It offers a series of case studies mostly from Dublin and London, but also Barcelona, Bologna, Amsterdam and New York. It focuses on cities’ responses to the incoming ‘smart urbanism’ (this a synthesis between the ‘smart city’ discourse and the neoliberalisation process of city life), such as: the efforts of cities, often combined in coalitions, to limit the power of platform capitalism (Airbnb or Uber); the promotion of initiatives that put the ‘citizen’ first (municipal Internet provision, data commons, and ethical procurement); and their initiatives for a more democratic governance of such processes (e government, participative platforms, accountability and transparency).

The book collects research I have done in the past 3 years as postdoctoral researcher at Maynooth University with prof. Rob Kitchin (on the ‘The Programmable City’ project) and as PhD student at Goldsmiths, University of London. During the last years, I engaged with algorithmic-led technologies, Internet infrastructures, and city governance from the side of the ‘citizen’, more often a ‘user’ and a ‘consumer’ of such technologies. I visited projects under the ‘smart city’ agenda in Dublin, London, Rotterdam, and even Medellin and Hong Kong, and actively participated to some of them, such as the Open Wireless Network in London.

Importantly, I had a chance to engage in many international conferences and venues, such as the Smart City World Congress in Barcelona (twice!), in order to get a sense of how the discourse around technology and cities has been built, develops, and gets traction. During such events I spoke to many proposers and deployers of ‘smart city’ initiatives, such as city council officers, technology makers, and industry representatives (plus, of course, many academics): they form the advocacy and epistemic coalition around the ‘smart city’, a city mapped and regulated by apps, data centres, and algorithm led technologies, and led by the belief that city flows can be better known, monitored, foreseen, and managed by algorithmic intelligence and, therefore, data.

Smart Cities in time of pandemic

In the book, I engage with this discourse and try to unpack its cultural determinants, the ideological propositions around technologies driven by algorithms, and the belief that these will solve, in a way or another, the many entrenched issues cities face. To these many issues – such as housing, pollution, traffic congestion, mobility, etc. – the recent pandemic has added more, and again technology has been purported as the leading solution, namely with track and tracing apps and with instruments of mass surveillance (thermal scanner, intrusive mapping, drones). During the book final editing in ‘lockdown’ Italy, I was able to reflect on these latest developments and add a final chapter which sums up the book issues with those offered by the pandemic.

Parallel to the risk of increased surveillance, the other side of ‘smart’ technological developments dictated by the (post)Covid society is, in fact, the growing amount of digital work and uses of technology performed from home, which has put to the fore even more the striking paradoxes and limits of the ‘smart city’ discourse under digital capitalism.

For instance, that not so many families or workers can access a decent and affordable Internet connection, which is currently privatised and market-regulated; that the new ‘smart city’ infrastructure would privilege even more selective social groups (e.g. those able and allowed to do ‘teleworking’) and, more in general, ‘things’ (Internet of Things) rather than people (Internet of People); and that there must be strict regulations on how ‘citizens’ life is recorded, stored, nudged, and made for the market rather than for the common good.

This is very much work-in-progress in the sense that my new scholarship, Beatriu de Pinós at the UOC’s Internet Interdisciplinary Institute (IN3), will give me scope to better understand the evolving discourse and practices of ‘smart city’ in Barcelona and its responses to both the ethics crisis linked to algorithmic-led technologies and the (post)Covid crisis linked to the re-organisation of city life.

At a first glance, the city seems to have incorporated three directions of urban policy with regard to urban technologies. These are chronological in the sense that follow the city administration history but also greatly intersect between them. The first one is of continuity with the techno solutionist approach led by Big-Tech through a wordling discourse which hinges on well established venues, such as the SCWC and Mobile World Congress. The second direction is of rupture (with the first Colau administration) and emphasis on technological sovereignty, data commons, and cooperativism. And the third current policy stance, maybe of synthesis, is led by a focus on citizen participation and ethics of technology but also on big ‘smart city’ projects such as 5G, Artificial Intelligence (AI) and innovation incubators.

About the author
Related posts
Twitter IN3
Síguenos en @@IN3_UOC
IN3, 20 years shaping the future internet
Tags
Categories
We use our own and third party cookies. The analysis of the data that we collect allows us to improve the web and offer more personalized information and services. If you continue browsing, we consider that you accept its use. For more information, see the Cookies Policy. Accept
Cookies policy.