Blanca Calvo: “The needs of children with autism are hardly ever taken into account” 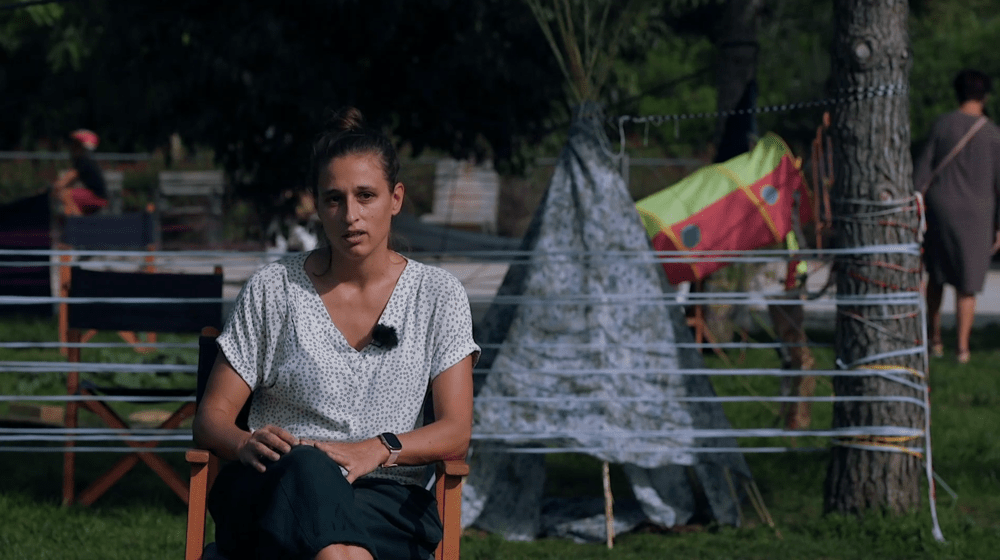 The project has led to the creation of two documents. The first one is a design guide containing guidelines for creating and managing play spaces so that children with Autism Spectrum Disorder (ASD) are also able to enjoy public parks. The second one is a co-creation methodology manual aimed at including these children in the design of these spaces. The principal investigator was Blanca Calvo Boixet, a member of the Urban Transformation and Global Change Laboratory (TURBA) research group at the UOC’s Internet Interdisciplinary Institute (IN3).

Why did you decide to focus on children with ASD?

There are two reasons. The first was pure coincidence: the idea came up during a conversation with someone from IGAIN who works with these children. They told me about a bad experience they’d had with one of these children at the park. That made me think that, as architects and urban planners, we had to do something. The second reason is that the needs of this community are very specific, and are hardly ever taken into account.

What are those needs?

They have many, such as the need for structure. People with autism, and not only children, struggle with chaos and need things to be orderly, which is something that rarely happens in public spaces. In this case, there are factors that can help to structure play spaces, such as paving that is painted to highlight a path or to define an area. They can also find it very difficult to understand how to use play items, so many cities have resorted to pictograms with instructions.

Are children with autism particularly sensitive to stimuli?

There’s a great deal of diversity within ASD. There’s no single pattern. Some people are hypersensitive, and others are hyposensitive. Someone may also be hypersensitive in one way but not in another. A common characteristic is hypersensitivity to noise, which is very difficult to deal with in a playground as there is usually a lot of shouting, bumping into each other and other things going on. But there are also cases in which a person is hypersensitive to touch, and they have a real problem with touching certain textures or, conversely, they love them.

Taking those needs into account, do you aim to create independent play spaces for these children?

We carried out a survey through the Catalan Autism Federation, which was answered by 86 families. Many of them asked for time slots or areas for priority use, but we don’t recommend this because it runs counter to the principle of inclusion. One of our proposals is that play areas always contain quiet spaces, which can act as havens. For example, they tend to like tepees, the Native American tents, very much. Or quieter spaces that are a little distance away, but still inside the play area. It’s also important for them to have areas where they can take time out with their parents.

What types of research activities have you done with the children?

We’ve held four workshops, and we created temporary  play areas in each one. The first was at the UOC offices beacause of the rain, and the next two were in Glòries park in Barcelona, a green space where we laid out an interactive perimeter containing lots of opportunities for sensory play. The first workshop only included the children with ASD and their siblings, but at the Glòries park workshops several neurotypical children became interested and joined in, and a very interesting interaction took place.

And what about the last workshop?

We ran it in the playground of Jaume I school in the Sants district of Barcelona. This provided us with a large infrastructure with swings, slides and a lot of other things that we hadn’t been able to test in our temporary installations. The conditions of that workshop were more similar to a real playground but very carefully defined park, which gave the families some reassurance and prevented the children from running away.

To what extent have you included nature?

The benefits of nature for people with ASD are well documented, so the project documents recommend to design parks that aren’t built with artificial materials like plastic or concrete, and instead we use other natural materials that convey a feeling of calm. We also integrated these materials to our temporary installations and chose spaces with a high presence of natural elements to hold out workshops.

What role did the families play?

They played several very important roles. We were constantly collecting data and trying to figure out what children liked best. But that’s not always easy, because the facial expressions of people with ASD are affected, and a smile doesn’t always mean they are happy, so the families helped us understand them. We also joined them on their regular trips to the park and talked to them before the workshops in order to prepare them.

What did they think of the project?

They were very pleased with it. The families were very happy because we also offered them the opportunity to go to the park without feeling judged. That wasn’t the objective of the project, but we realized the number of social conflicts they have to deal with every day. They were also very pleased that someone was thinking about what they needed.

What are your main conclusions?

The guides have been rated very positively by associations, families, ASD experts and the Barcelona City Council. Nevertheless, we came across a lot of problems that we hadn’t anticipated, and there’s still a lot of work to do. We want to carry on working, and we’d also like the associations to get involved and engage with the project.