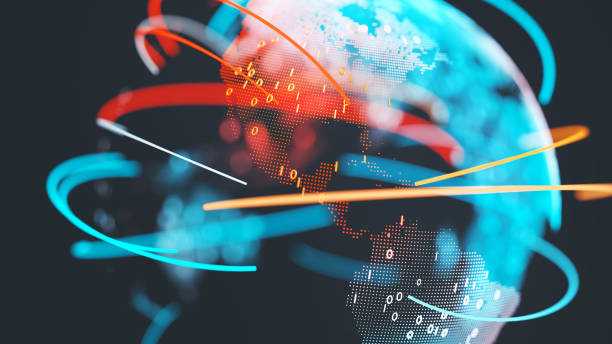 Image by Piranca from iStockphoto.com

“We need to establish formulas for public oversight over digital technology”

What is digital sovereignty, and how can we move towards it? That was the central theme of the seminar organized by the IN3 Communication Networks & Social Change (CNSC) research group on 20 July. ‘Soberanía digital y control popular frente al elitismo tecnológico’ seminar was given by Sara Suárez-Gonzalo, a Juan de la Cierva postdoctoral researcher in the CNSC group. She outlined the key factors to overcoming some of the obstacles related to technological elitism on the path towards digital sovereignty. According to Suárez-Gonzalo, whose research focuses on the social and political implications of technologies based on big data processing, the concept of “digital sovereignty” is very useful when considering the changes brought about by the introduction of big data processing technologies into society. “Above all, this is because when we think about the opportunities, risks and threats that the use of these technologies entails, we tend to think in individual terms. And in many cases, what we are talking about is the idea that fundamental rights that we should all have guaranteed are being violated, and individual expectations often exclude us from the discussion about the more structural or more clearly political aspects of the problem,” she said.

What is digital sovereignty?

To provide an understanding of the complex nature of the seminar’s central theme, three main questions were answered: What is digital sovereignty? Why is it important to move towards digital sovereignty? What is digital sovereignty expected to contribute to, and in whom is digital sovereignty expected to reside? “The term digital sovereignty is very confusing and contentious,” Suárez-Gonzalo pointed out. She highlighted how the concept has changed over time: “The initial idea was that the diffuse and changing nature of digital technology clearly affected the principles of territoriality and state hierarchy, thereby threatening the traditional idea of national sovereignty or state sovereignty. And, indeed, there is some agreement that the development of digital technology is forcing us to rethink the very nature of what we understand by sovereignty, in order to achieve legitimate and democratic forms of oversight over the digital sphere. However, most authors currently agree that this issue of the changing and diffuse nature of the digital realm has become a secondary issue. As a result, the real challenge today comes from the large tech corporations (Google, Facebook, Apple, Amazon and Microsoft) that have succeeded in attaining a kind of corporate digital sovereignty that threatens those principles of state hierarchy in technological development.” Most of the data generated by citizens is held by these large companies.

“Digital sovereignty” is a term that is up for debate, as it often has different meanings depending on the person who is using it. One thing is certain: geographical specification, or the restriction of sovereignty to a specific territory, is quite important in all the definitions. “Although the term is primarily related to the traditional idea of national or state sovereignty, its scope has also been expanded to a supranational level in recent years, as in the case of the European Union,” said Suárez-Gonzalo. This issue is also covered by Luciano Floridi, Professor of Philosophy and Ethics of Information and Director of the Digital Ethics Lab at the University of Oxford, who talks about the need to achieve digital sovereignty on two levels, in which state sovereignty is complemented by another form of sovereignty at a supranational level, as in the case of the European Union with data protection regulations, for example.

Some authors advocate a concept of popular sovereignty applied to the digital sphere. “This latter approach is more related to the democratic idea of popular sovereignty. In other words, decisions about the development and use of digital technology within society must be democratically subject to public oversight, especially when this use clearly affects basic freedoms or our fundamental rights,” explained Suárez-Gonzalo. She placed special emphasis on this concept due to the high levels of control currently exercised by large tech corporations. We need to overcome the causes of this inequality of power and establish formulas for public oversight over what the large tech corporations do, how they develop technology and how they use it. As well as over the practices of public institutions, especially when they affect fundamental democratic principles or the breach of rights. How can this oversight be exercised? According to Suárez-Gonzalo, there must be conditions of transparency and access to basic technology issues that are currently not guaranteed. In other words, it is very important that certain conditions are met, so that whoever wants to participate or exercise some form of control over their data can do so thanks to being able to access the information necessary to form an opinion and make this opinion known.

Technological development is particularly opaque because it takes place within large tech corporations. Suárez-Gonzalo suggested imposing barriers on these corporations, and reinforcing regulations such as antitrust laws in order to move towards digital sovereignty.