20th Anniversary of the IN3: 20 years shaping the future internet 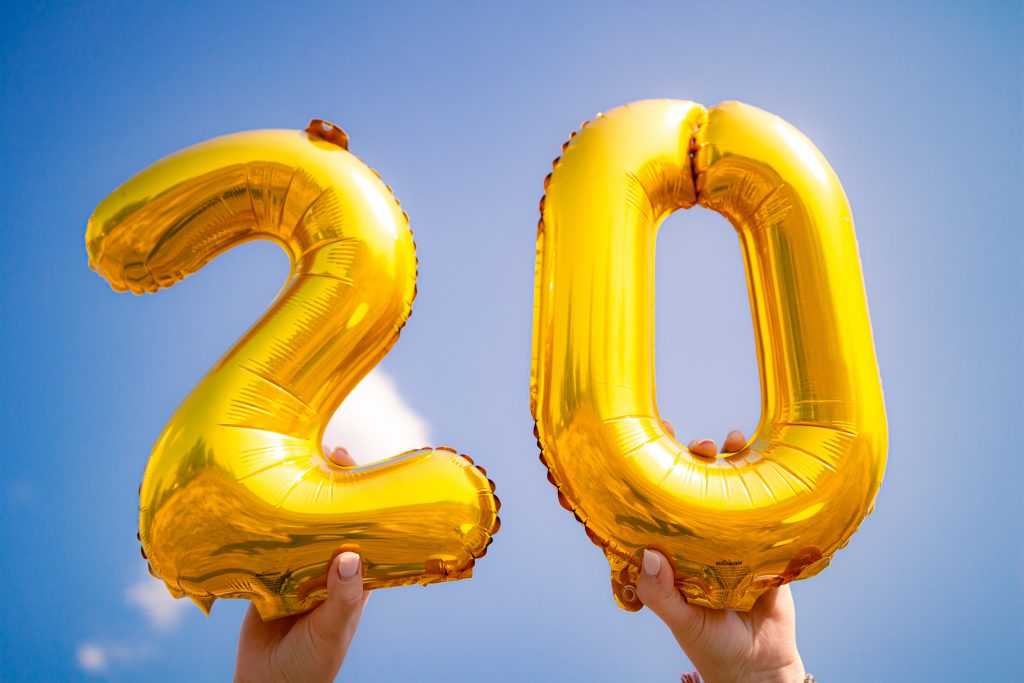 By David Megías, director of the IN3 and researcher of IN3’s KISON research group.

The “network society”, the “knowledge society”, the “information age” and the “digitization of society” are among the terms that have been used over the last three decades to describe the transformative phenomenon that has taken place on a planetary scale as a result of an unprecedented interaction between society and the ICT. In this case, by ICT we mean, above all, the internet and all the technologies that enable connectivity between people around the world in a way that was difficult to imagine in the 1990s.

In the first volume of his renowned trilogy on the information age, Spain’s current Minister for Universities, Prof. Manuel Castells, founder and principal investigator at the IN3, said:

“The promise of the Information Age is the unleashing of unprecedented productive capacity by the power of the mind. I think, therefore I produce. In so doing, we will have the leisure to experiment with spirituality, and the opportunity of reconciliation with nature, without sacrificing the material wellbeing of our children. The dream of the Enlightenment, that reason and science would solve the problems of humankind, is within reach.”

Although some would today describe Castells’ prophecy as “techno-optimistic”, the transformative power of the interaction between digital technologies and the various spheres of human activity is undeniable, even by techno-skeptics. It is a transformative power led by knowledge, in which production is detached from material aspects in a way we have not previously experienced or anticipated.

Knowledge –the power of the mind, to quote Prof. Castells– and its transfer without any limits of time or space have become the engine of the hyperdigitized societies of the 21st century. We can unequivocally state that knowledge is the most important ‘superpower’ in today’s societies, and as noted in the Peter Parker principle in the Spiderman comics, “with great power there must also come great responsibility”.

The IN3, created to research the digital transformation of society

The IN3 was established during the 1999-2000 academic year with the aim of carrying out cutting-edge research on the network society or, in other words, the interaction between digital technologies –primarily the internet– and the various areas of human society. Today, updating the terminology, we can say that the IN3 investigates the digital transformation of society.

This research is carried out thanks to the convergence of disciplines that are theoretically far removed from each other, such as social and human sciences on the one hand, and ICT engineering on the other. Interdisciplinary collaboration between these two large areas means that we can examine both how society is being transformed, and be a part of this transformation in order to contribute to the progress of humanity, playing our part to fulfil Prof. Castells’ prophecy.

Social and technological breakthroughs based on the internet and ICT are, therefore, the cornerstone of our research. Society has been transformed over these 20 years of the IN3’s history, based on a continuous and inexorable interaction between people and new technologies.

If we look back at the year 2000, when the IN3 was founded, and compare our daily life then with the present day, we can see a transformation that we may not be fully aware of. To have some idea of what this transformation has entailed, here are some examples of the way society and technology interacted 20 years ago compared to the present day:

These examples should not be considered in technological terms, but as a reflection of how much we have changed as a society as a result of our interaction with these technologies.

Over these 20 years, the IN3’s research has contributed to social and technological transformation in various areas, such as: the new economy, algorithms and logistics applied in e-commerce, gender-related aspects of ICT, the collaborative and circular economy, the role of mobile devices in society, urban transformations, sensor networks, smart cities, cybersecurity and privacy issues, care for the elderly, emergency and disaster management, the relationship between politics and technology, software development and modelling, producing complex models to analyse social dynamics, analysing the humanities and literature using digital technologies, the relationship between law and the internet, and many other contributions that have enabled the IN3 to participate in these transformations in its own right. We can therefore say that the IN3 has been shaping the future Internet for 20 years, while contributing to the progress of society.

This reflection illustrates the magnitude of the changes that have taken place over the last 20 years, and our role in those changes. It is not easy to predict how this transformation will progress, or to project it into the future. What we can say without any fear of error is that the transformation of the next 20 years will be at least as far-reaching as the one which has taken place since the inception of the IN3.

Returning to the Peter Parker principle, as a knowledge-generating institute, the IN3 has a great responsibility to make sure that the transformations that take place in the coming decades will contribute to the common good. Leaving moral considerations aside, as Castells said, contributing to the Enlightenment dream that reason and science would solve the problems of mankind is within our reach.

For this reason, the IN3 has aligned its research strategy with the United Nations 2030 Agenda, and placed the Sustainable Development Goals (SDG) at the centre of its work. Overcoming the gender gap, contributing to technological breakthroughs in the information industry and society, moving towards more sustainable and environmentally responsible urban and social models, and working to reduce inequalities are some of the areas that provide the focus and must guide our research.

The challenges that humanity will have to face in the coming years are enormous. The time for beginning transformations that require urgent action is running out. Hopefully, it is not too late for us to get on the right track. 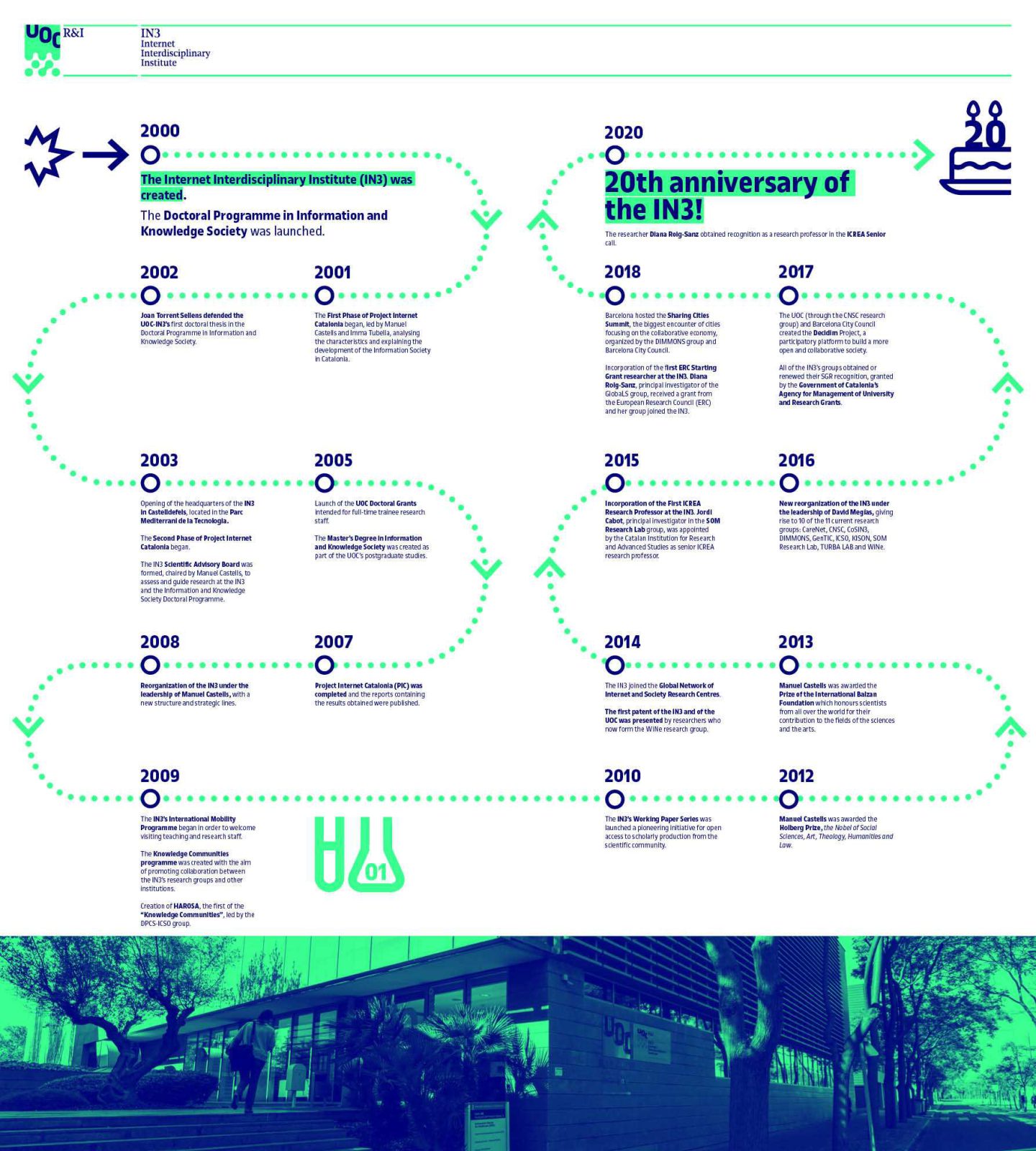 David Megías, is the director of the IN3 and lead researcher of the IN3’s K-riptography and Information Security for Open Networks (KISON) research group. His main research interests focus on the study of information security and privacy protection systems, with special emphasis on digital multimedia content.