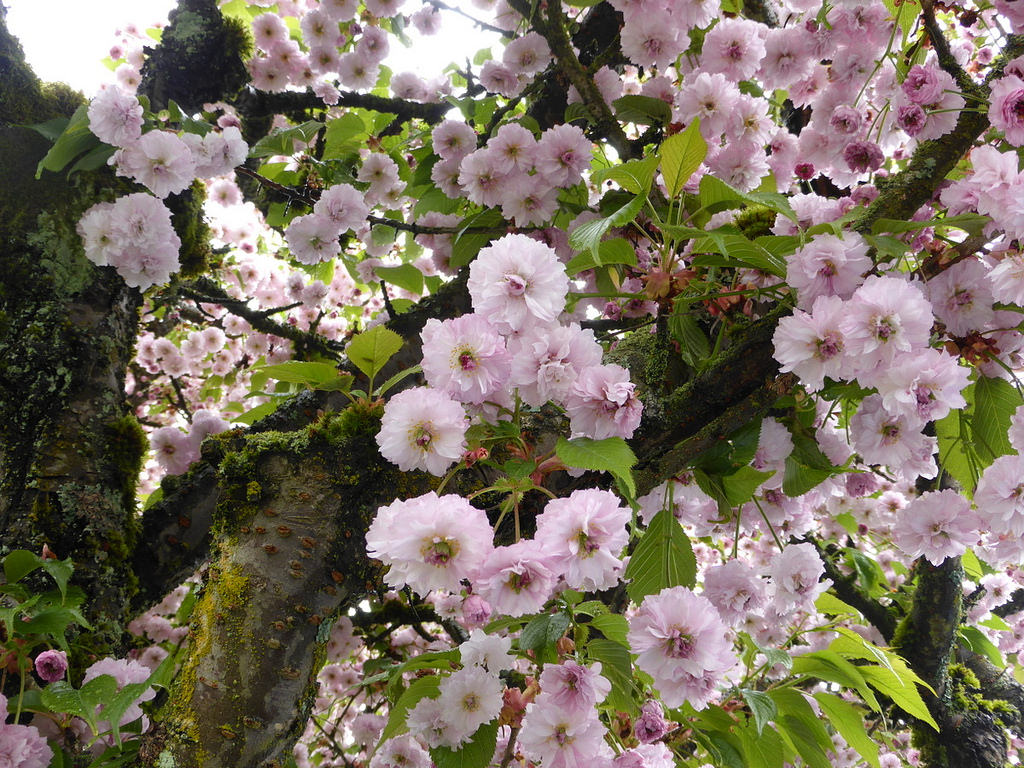 The chrysanthemum (kiku) is a typical autumn flower in Japan and can be spotted in different spheres of life.

The chrysanthemum kanji (菊) is a combination of 艸, which represents a plant, and 鞠, which means “round”, because it is a plant with a round flower. Native Japanese chrysanthemums were wild, but around the end of the Nara period (710-794) and the beginning of the Heian period (794-1185), others were imported from the continent for medicinal and recreational use.

In the chrysanthemum shows held in October and November, you can see different ways of growing and decorating them: for example, the kengai (“overhanging cliff”), in the shape of a cascade; the senrin zukuri (“thousand bloom”), with many flowers from the same root and forming a semi-sphere, or the kiku ningyô (“human figures made from chrysanthemums”). There is also ippon jitate or sanbon jitate, which consist of growing one or three chrysanthemum flowers, respectively, in a pot.

There are edible chrysanthemums, which can be eaten boiled, à la vinaigrette, in tempura, etc. They are found as a decoration in some sashimi dishes and chrysanthemum petals can be added to soy sauce to savour the colour and smell.

The Imperial Family’s emblem is a chrysanthemum of sixteen petals overlapping each other. And the cover of the Japanese passport bears a sixteen-petal chrysanthemum. Japan uses the chrysanthemum because it does not have an official national emblem or symbol, and because it is one of the flowers that traditionally represent Japan (Ministry of Foreign Affairs of Japan “Konna toki, pasupôto Q&A”, Q32: https://www.mofa.go.jp/mofaj/toko/passport/pass_4.html#q32). There are also chrysanthemum flowers on the back of the fifty yen coin.

Visiting a chrysanthemum show is a great way of enjoying autumn in Japan, as is looking for representations of chrysanthemums in everyday life.