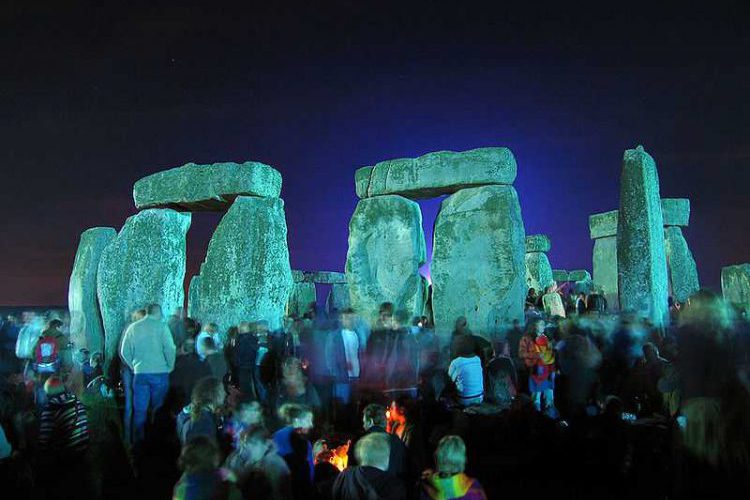 Did you know that the summer solstice happens when the sun is in its highest position in the sky as the North Pole tilts towards the sun by 23.4˚? This is the longest day of the year in terms of sunlight as the sun is directly over the Tropic of Capricorn in the Northern Hemisphere. The exact date for this changes every year but it is somewhere around the 21st June. However, this event is not just important for astronomy. In the UK the summer solstice has a direct relationship to the ancient monument Stonehenge.  Read on for more…

Stonehenge is thought to be as much as 5,000 years old and to have been used, among other things, as an astronomical calendar or a religious place. In reality, there is very little concrete information about this megalithic site and its true purpose remains a mystery.

One strange fact about Stonehenge is that the only time the sun goes directly through the centre of the stone circle is at sunrise on the morning of the summer solstice. This is one of the many reasons that Stonehenge has been a spiritual centre for thousands of years and for thousands of people. In the UK people travel to Stonehenge on summer solstice to watch the sunrise.  Another reason to visit at this very special time is that for many years, access to the stones was blocked. However, in 2000 the Court of Human Rights ruled that Stonehenge was a place of worship for Pagans, Neo druids and other “Earth-based” religions and because of this people were allowed some access. The summer solstice is one of a few nights during the year when people can actually be inside the stone circle.

In 2017, around 13,000 people travelled through the night to be there for sunrise, which began at 4.52am.  You can be there in 2018! There’s no need to travel to the UK because in our modern and connected world you can livestream the sunrise into your living room from the YouTube link at the bottom of this post!

Watch this TV news report from 2015 for more insight into this UK festival. TIP: use the English subtitles.

LIVESTREAM: Set your alarm clock and join in the fun!