What do David Beckham, Zinedine Zidane and Luis Suárez all have in common? Obviously, they are world famous; they are all icons in the world of football and you can read about them in newspapers and in “Hello” magazine. Did you know that they are also members of the World Cup “Red Card Club»?  Now that the world is football crazy, let’s take a look at these iconic football heroes less heroic moments.

David Beckham is an English national treasure, everybody loves him, his wife Victoria and his kids, but it wasn’t always like this. In 1998 when England played Argentina, David lost his temper and kicked an Argentinian player. The referee was not impressed, gave David a red card and with only 10 players England lost the game. The British newspapers went crazy, The Mirror called him “one stupid boy” and the The Daily Star headline read “What an idiot”. He is completely forgiven now and he gets invites to all the royal weddings and best parties!

Zinedine Zidane is now a smart and sophisticated football manager, but he has two world cup red cards in his football past! He was given a red card in 1998 when France played against Saudi Arabia but his most infamous moment came in 2006 when France played Italy in the World Cup final. Zinedine ended his long career, and shocked the whole world, when he headbutted the Italian player Marco Materazzi. Materazzi had insulted Zinedane’s sister and Zinedane reacted badly.  It must have been a very bad insult because Zinedane has never apologized to Materazzi!

Luis Suárez is a big star in this year’s World Cup but he caused a major incident in 2010 when Uruguay played Ghana. In trying to defend the goal Suárez hit the ball out with his arm and was given a red card for a handball.  Suárez has a history of World Cup trouble. In the following World Cup in 2014 he bit an Italian player on the shoulder.  Luckily, the referee didn’t see him and he stayed on the pitch.

With the World Cup happening right now, will there be any new members to this exclusive club? 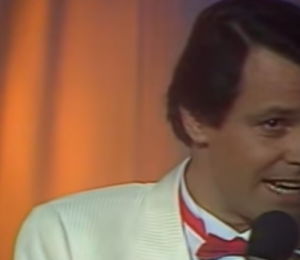