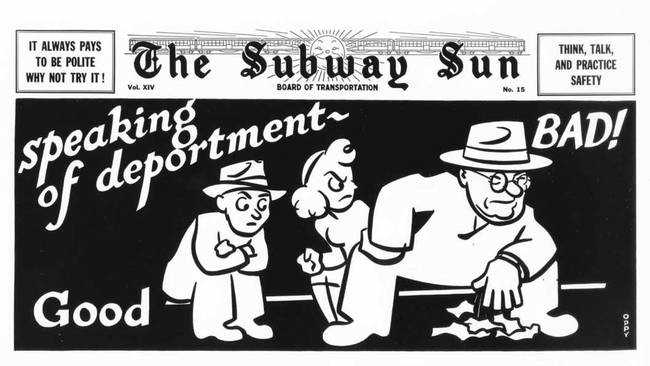 Have you noticed lately how English words are appearing more and more in other languages?

In Spain, for example after the massive cyberattack “Wannacry” on Friday 12 May, the newspapers were full of a mysterious word “ransomware” and half the population had to open their online dictionary to find out what the word meant.

Another English word which is slowly creeping into everyday use in other languages is “manspreading”. I’ll save you the effort of having to find out its meaning by telling you now.

Manspreading or “man-sitting”, as defined by the Oxford English Dictionary, is “The practice whereby a man, especially one travelling on public transport, adopts a sitting position with his legs wide apart, in such a way as to encroach on an adjacent seat or seats.” Look at the man in the picture at the top of this post to begin to get a visual image of what manspreading is. (He’s also littering, by the way!)

Don’t think though that this is a new thing. Oh no! In 1836, The Times of London published the omnibus law, which basically provided guidelines on how you should behave on public transport. It suggested that your legs should not occupy an angle of more than 45 degrees.

So, have you ever been the victim of a manspreader? And if you have, what did you do? Some suggestions include asking the culprit nicely to give you some space. The video below gives you even more ideas.

Maybe if we all started doing things like this, the problem would solve itself and we would all be able to enjoy the space allocated to us when we are travelling either on a bus, a train or a plane.

I think Jiyo Hong had a good idea. The orange stickers are a reference where put the feet.
Today I read a news in El Periódico about the “manspreading” in Spain. In Madrid will appear an image on buses from 12 June. In Barcelona we are waiting.

That’s right, Raquel. It seems that Madrid is getting serious about doing away with manspreading. Click here to the story as reported by CNN.